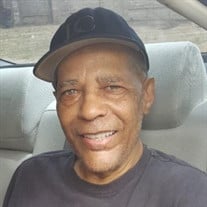 Warren Milton Howery was born in Chicago, Illinois on August 6, 1945. He was the fourth of eleven children, born to Reverend Ben and Pauline Howery. Growing up, his best friend was his older brother, Frankie. In their early youth, they delivered newspapers on the west-side of Chicago, to earn a little money. Warren loved sports and played basketball, baseball, football, bicycling and just about anything competitive or fun. He was an avid reader, with a keen interest in learning. Not only was he athletic, he was very intelligent, able and willing to hold scholarly conversation with adults, on a variety of subjects. On the last day of school, in the summer of 1959, his parents moved the family to Pembroke, Illinois, so as to keep their eight boys away from gang life, in the city. Here, he learned about “country life” as opposed to city life. The initial shock was daunting for Warren and his siblings. However, after seeing a sky full of stars on the first night, and waking up the next day to go frolicking on the land, only to discover a variety of apple, pear and plum trees; then going into the woods and finding black berries and blueberries, ready to eat, this place was easy to fall in love with…and he did. In the fall of 1959, Warren was enrolled at St. Anne Community High School. There, he met some of his most endearing and life-long friends. As a teen, Warren was a good dancer and would show off his skills at every opportunity, never losing his rhythm, even as he grew older. He was also a member of the Junior Usher Board at Union Baptist Church. Warren Graduated from St. Anne High School in 1963. His first job was at Kankakee State Hospital, where he was trained to be a Psych Tech. On December 28, 1964, he, like his brother, Frankie, joined the U.S. Air Force and travelled the world and attained the rank of E-4. After completing his duties as a Supply Manager, Warren was honorably discharged from the Air Force, on October 25, 1968. Upon returning home, he found employment at General Foods Corp. Warren later attended Kankakee Community College and earned an Associate of Arts Degree in 1976 and in 1987, he earned a Bachelor of Arts degree from Governors State University. One of the highlights of Warren’s life was watching sports, especially basketball and football, with his brothers, while doing their own real time play by play of the games. He also liked to travel, with any of his brothers or sisters, visiting nearly every state in the country. Such great memories. Although he never married or had children of his own, family was always important to Warren. He especially loved his many nieces and nephews and always did his best to support them at sporting events and special occasions. Being with them and seeing them grow into their own, brought Warren so much joy and they appreciated him, just as much. To know Warren, was to love him. He was always honest, warm, kind and caring. He is missed. He will truly be missed… He leaves to cherish his memory, three sisters, Brenda (Paul) Lee - Bourbonnais, IL, Betty Howery – Stockbridge, GA, Trina (Tommie) Hawkins – Stockbridge, GA; five brothers, Errol (Lena) Howery – Houston, TX, Steven (Phyllis) Howery – Kankakee, IL, Bernon Howery - Menard, IL, Kerry (Lisa) Howery – Charlotte, NC, Jeffery (Debra) Howery - Richton Park, IL; two sisters-in-law, Amelia Howery – Kankakee, IL and Cathy Howery, Southfield, MI. He also leaves to mourn his home going, 22-nieces, 19-nephews, a “whole slew” of grand nephews and nieces, a few great-grand nieces and nephews and several great-great-grand nieces and nephew(s), coupled with a host of amazing cousins, relatives and real friends. Warren, was preceded in death by his parents, Rev. Benjamin F. Howery and Pauline S. Howery, and two brothers, Norman “Bobby” Howery and Frankie J. Howery.

Warren Milton Howery was born in Chicago, Illinois on August 6, 1945. He was the fourth of eleven children, born to Reverend Ben and Pauline Howery. Growing up, his best friend was his older brother, Frankie. In their early youth, they delivered... View Obituary & Service Information

The family of Warren Howery created this Life Tributes page to make it easy to share your memories.

Warren Milton Howery was born in Chicago, Illinois on August...

Send flowers to the Howery family.