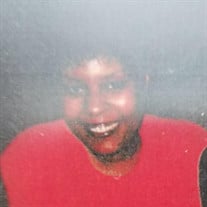 Vernessa Calhoun was born September 14, 1959 in Chicago, Illinois to Charles Garner Sr. and Katherine Calhoun. Vernessa graduated from Eastridge High School in 1978 and received her Associate Degree in Criminal Justice in 2015 from Kankakee Community College. She was also a certified nursing assistant. She worked as a security officer for Alco Stores and had worked as a certified nursing assistant for Miller Healthcare and Bradley Royale Nursing Home. Vernessa was united in holy matrimony to Milton Turner on September 8, 2005. She was a devoted mother and grandmother who loved the Chicago Cubs, her grandchildren and spending time with her family. She leaves to cherish her memory, her husband, Milton Turner of Kankakee, IL; her daughter, Courtney (Kent) Wade of Kankakee, IL; brothers, Charles (Coretta) Garner and Terrance Calhoun, both of Kankakee, IL and Julian (Helen) Calhoun of San Diego, CA; sisters, Paulette Calhoun and Norma Calhoun, both of Kankakee, IL; aunts, Frances (Thomas) Jordon and Antonidas Andrews, both of Kankakee, IL; in-laws, Carrie Lou Garner of Milwaukee, WI and Christopher Clark Sr. of Kankakee, IL; four grandchildren and a host of nieces, nephews, cousins and friends. She was preceded in death by her mother and father and four sisters, Anjenette Honeysuckle, Delphia Clark, Charmagne Calhoun and Yuvette Idowu.

The family of Vernessa Calhoun created this Life Tributes page to make it easy to share your memories.

Send flowers to the Calhoun family.