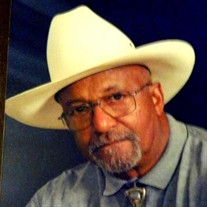 Adams Earl Marshall, Sr. passed away November 5, 2021, at home, with his wife Jean, at his side. Adams and Jean Greenley married in 1954 in Holly Springs, Mississippi. Adams is one of fourteen children born to the union of Roy Marshall and Janie Adams Marshall. Adams graduated from J.S. Phelix High School in Marion, Arkansas in 1953. He joined his family in Hopkins Park, Illinois in 1954. His work career spanned 36.5 years during which time he missed less than one month off work due to illness! His last place of employment was Armstrong Floor Coverings from which he retired in January 1994. He always teased his children and grandchildren when they told him they were taking a day off just because! Upon joining his family in Illinois, Adams attended Greater St. Paul Baptist Church in Hopkins Park. After he and Jean married and began raising their family, he became an active member of Rehoboth Mennonite Church in Pembroke Township during Rev. Mark Lehman’s pastorship. Later, Adams became an active member of Sacred Heart Church in Hopkins Park where he attended until his unexpected passing. In retirement, Adams continued to enjoy vegetable gardening and was still harvesting peppers and collard greens the week of his death. Throughout his lifetime, he enjoyed fishing and changed from gun hunting to trapping squirrels. He also enjoyed tending his numerous bird feeders at his home and watching the different species of birds that enjoyed their feeders. Adams enjoyed baking cookies and coconut cakes and pound cakes and sharing them with families and friends; even mailing cookies to out-of-town family and friends! He also enjoying taking pictures and there are more than ten photo albums not to mention containers of loose pictures he had taken before moving into digital picture storage. Family gatherings were also special to Adams with the opportunity to eat, and catch up on what was going on in everyone’s lives. Outside of family, Adams was also known to strike up a conversation with someone he had just met! Adams leaves to cherish his memory: his wife, Jean, of 67 years; his daughters, Sheree (Winston) Sykes of Bourbonnais and Julie (Rev. Willie) Gable of New Orleans. His sons, Adams Jr. of Minneapolis, Dennis, of Beaverville, Lloyd (Julie) of St. Anne, Trevor (Roxanne) of Bourbonnais; his grandchildren: Rachel (Jeff) Dudek, Rhonda (Jimmie) Currie, Roderick (Samantha) Sykes, Jasmine (Steve) Cage, Justin Marshall, Shlinda Trudeau, Jamire Marshall, Nathan Marshall, D. Cedric Marshall, Nikki Marshall, Joshua Gable, Jeremiah Gable and Trevia Marshall (John Jones); his great-grandchildren: Drake Sanders Currie, Joelle Trudeau, Jack Trudeau, Maxim Marshall, Mason Marshall, Waverly Marshall, Malcolm Murray and Michael Murray; sisters: Loereath Rone and Murlie Binford of Sun River Terrace and Irene Woods of Chicago and brother, Rev. Ervin (Mae) Marshall of Sun River Terrace. He also leaves a host of nieces, nephews, cousins and friends. Preceding in death are his parents; his son, Kevin Marshall and five brothers and four sisters.

Adams Earl Marshall, Sr. passed away November 5, 2021, at home, with his wife Jean, at his side. Adams and Jean Greenley married in 1954 in Holly Springs, Mississippi. Adams is one of fourteen children born to the union of Roy Marshall and... View Obituary & Service Information

The family of Adams Marshall Sr. created this Life Tributes page to make it easy to share your memories.

Send flowers to the Marshall family.